Head guide Josh has spent most of his life in the water since he began surfing at the age of six.

His winters are spent surfing in exotic places around the globe in search of some of the best waves. Josh was the Devon county swimming champion and won several British surf lifesaving medals.

In the summer, Jack enjoys different activities, including distance prone board paddling, spear fishing and swimming in the pool alongside local legend Jack Hutchens, a competitor in the British Elite Series.

Josh is also a lifeguard on Croyde Beach (one of the busiest beaches in the UK) and a surfing teacher for local surf schools in addition to taking you guys on Coastal Adventures.

In addition to his time spent in the industry (he has been working there since he was 16! ), Josh also enjoys hiking and sports. It’s because he spends so much time in the water that he is known as the Dolphin among his mates!

The route at Hele Bay offers the best Coasteering in North Devon and is situated in a stunning part of the region. Deep-water drop-offs and big jumps are possible thanks to the sedimentary rock formations. As we make our way to the quaint harbour of Ilfracombe, we begin our session on a shingly beach. The mix of swimming, bouldering, and leaping from rocks gradually increases in height. During clear days, the Welsh Pembrokshire Coast can be seen across the channel. We use this location most often since it provides shelter from the swells hitting Croyde and Woolacombe. Don’t miss out on Hele Bay’s adrenaline rush.

The Coastal Adventures Team offers great coastal adventures in Croyde. You will be guided around Baggy Point leaping from rocks and swimming through gullies, exploring caves across the cliff base and taking in the incredible views North Devon has to offer. The Croyde peninsula faces west towards the wild Atlantic ocean, and this route enjoys views that extend across Croyde, Saunton, Westward Ho!, and as far as Hartland Point. It’s the perfect spot for a sunset session.
For younger or less confident people, we created the Croyde Fisherman Steps adventure route. It offers a great first taste of coasteering. Thru each feature, a short gully swim is required and the jumps can reach 15 feet tall. There is endless fun for everyone in this group when waves and swells wash in from these protected gullies. Despite the fact that this is our easiest route, it still requires a reasonable level of fitness and an adventurous spirit.
Sessions cost just £35 per person to enjoy an exciting coastal adventure. Originally from North Devon, our guides have grown up here and will give you the best experience of what we love to do.
Coastal Adventures should be at the top of your list if you are searching for a coasteering trip that has top notch guides who are focused on your safety and ability.
Facebook-f Twitter Linkedin-in 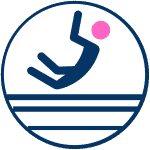 Our network of coasteering centres throughout the UK cater for all levels of participant. Whether you’re a first timer, an adrenaline junkie, or a family seeking a coasteering experience inclusive of all ages there’s an option for you.